Clover, Iris and I went for a walk around 3:30 today. They both heard a fire truck and insisted on wanting to see it. So we walked past the joint Emergency Services where police, fire trucks and SES vehicles sit and wait.

The sun was hot and we took refuge in the slither of shade as the two of them looked through the window and commented on everything they saw. They had giant sips of water and we were off. We took a Pitt stop at Vinnies before heading to the shops to exchange a gas bottle for our soda stream. As we walked on we heard sirens.

We watched the fire truck turn the corner, park and a few fire fighters made their way out. Clover turned and grinned asking why the truck was still running. I asked her if she thought there was still a driver and she nodded enthusiastically. We watched for a little bit and walked on to find some shade and watch a bit more.

As we crossed the road and headed past the Emergency Services again Iris piped up and asked if we could see a fire truck. I said we can see them all parked. Moments later a fire truck started driving into the garage from the back and Iris goes “lets follow!” I said we could watch it park. As the truck found its spot the fire fighters waved at us and flashed the lights.

They disembarked and Clover goes “they’re putting on their inside shoes” as the fire fighter took off the protective gear and indeed swapped shoes. As we stood their and watched the front garage doors were opened and two firefighters were beckoning us to come in.

Firefighters Des and Tim asked if we wanted to seat in the fire truck. Clover quickly chimed in and said she had to which Iris goes “me too”. We sat in the passenger seat as firefighter Tim gave us a tour of the equipment, adjusting his comments depending on what Clover and Iris said. As we got off we had a chat as firefighter Des went to get the kidlets a take home pack each which they both eagerly accepted. 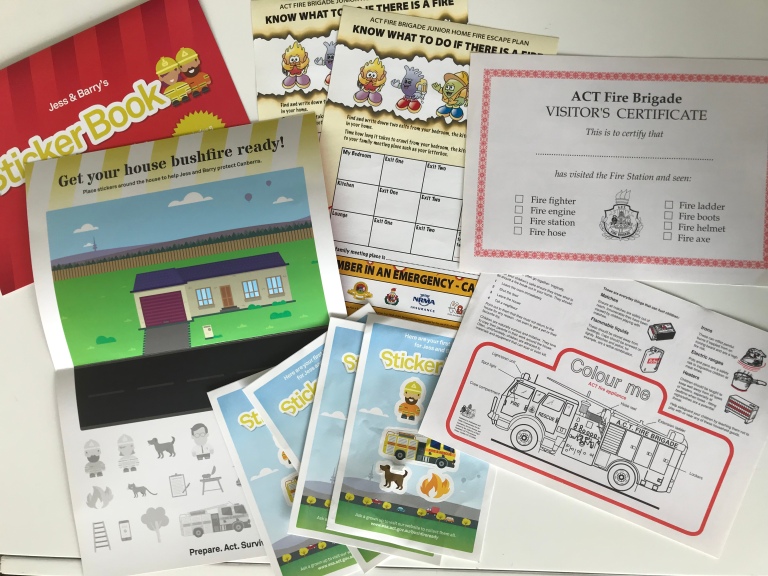 I asked them their names after which they asked Clover and Iris. She said she was Zoe and Iris said “Mama Zebra”. The firefighters couldn’t help but smile but took the names seriously.

It’s so lovely how genuine and friendly firefighters are. We thanked them for their time and their work. It was nice to chat with them and I’m so glad Clover and Iris get to see these brave men and women in action. Knowing just how approachable they are, I know our children will be safe.